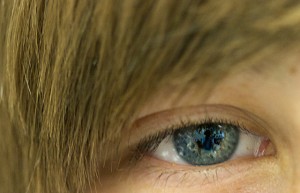 In my last article “How to Help Angry Kids” I talked about a number of treatment approaches to help kids that have anger issues. In this article, I want to discuss how to help “angry kids” through their parents. More times than not, “angry kids” are kids that don’t know what to expect. Their parents have sometimes tried new approaches, and then gave up on them. Sometimes the parents make threats and don’t follow through. Sometimes, they wait until they are at their wit’s end, then they explode. No matter what the parenting issues are, it often leads to kids acting defiant, mad, frustrated, and just plain angry.

The unfortunate thing is that often it is the child that gets the blame for the parent’s lack of ability. Because the child’s behavior is so “in your face” I frequently have parents that say, “Fix my kid.” They don’t say quite like that, but at the core, they want me to change the behavior. Here are a few clinical approaches that have helped.

Help the parents realize their power

Most parents underestimate just how powerful they are. Their change in attitude and approach can revolutionize the overall dynamic of the family. When parents realize that they are the most powerful change agents, things shift. In this process, parents can feel like they are being blamed or that the therapeutic direction is not in their favor. It is a delicate balance to find.

Consistency, even when things change

One strategy is to teach parents how to focus on one behavior rather than many. For example, a child may not turn off the TV and come to the dinner table when asked the first time. If the parent can focus on thanking the child when do this correctly and giving a consequence when they do not, it is less overwhelming for the parent. Often a Chore Box with small and quick chores can help to teach toward positive behavior.

If parents decide to shift how they give positive and negative consequences, they can say, “I have decided to try and do something new. Because your behavior has been improving, I am going to limit the amount of chores I give out.” If the change is based on the children’s behavior, it will help the parent stay consistent, while still stepping back.

Lastly, if a parent can start to allow children to experience natural consequences, while still helping them know what to expect it increases responsibility and reduces angry behavior. Saying things like, “We’re leaving in 15 minutes,” helps kids to know to get ready. If the parent then says, “We are leaving in two minutes” or “Two minute warning” it allows the child to take ownership. As well, saying things like, “If everyone is in the car on time, we will have ice cream after dinner” can help. Then, the parent also needs to be alright with not giving ice cream if someone is late. This repeated pattern helps to rewire the children’s brain to understand how their behavior leads to certain actions or reactions.

Photo used from Creative Commons thank you to connerdowney

How do you know when to act on feedback from colleagues/friends on marketing material, website, etc.? The order of feedback matters, consider the overall…