In 2001, I spent some time in Nepal and specifically Namche. In this podcast, I discuss this experience and give a clear call to action for us to get involved. Here’s more about the crisis.

A major earthquake has struck eastern Nepal, near Mount Everest, two weeks after more than 8,000 people died in a devastating quake.

At least 48 people have been killed and more than 1,000 injured, officials say. At least 17 have also died in India.

The latest earthquake hit near the town of Namche Bazaar and sent thousands of panicked residents on to the streets of Nepal’s capital, Kathmandu.

The quake was felt in northern India, Tibet and Bangladesh. India’s home ministry said 16 people had been killed in the state of Bihar, and one more in Uttar Pradesh. Officials in China said one person was confirmed dead in Tibet.

What The Utopia Foundation is Doing

Utopia Foundation has and will continue to support global populations struggling with crisis.

We are especially concerned for Nepal facing the devastating impact of a 7.8 level earthquake and aftershocks of 6.7 , occurring this past weekend. There is huge loss of life and injury (well over 2,500 dead). As you are most likely aware from the abundant news coverage, the infrastructure of daily life, already under stress in one of the poorest countries on earth, has tumbled. Food, water and medical resources are scarce. There are so many that need help it is overwhelming to consider where to begin.

Our thought is to target resources in a direction where we have relationships on the ground and we know funds will provide relief directly to children. One very special project and champion we have come to know and support is Pushpa Basnet and her Early Childhood Development Center in Kathmandu, Nepal. Home to 48 kids, adopted by Pushpa out of prison because they have to go there if their mother is incarcerated, The ECDC/Butterfly House was almost complete in construction when the earthquake hit and has remarkable damage. The rental house Pushpa and the kids were in is also damaged. Wary of aftershocks and unstable structures, Pushpa and the kids have been staying outside in the field through heavy rain under a makeshift shelter. These next few months will be a struggle as infrastructures for food, water and shelter are compromised. 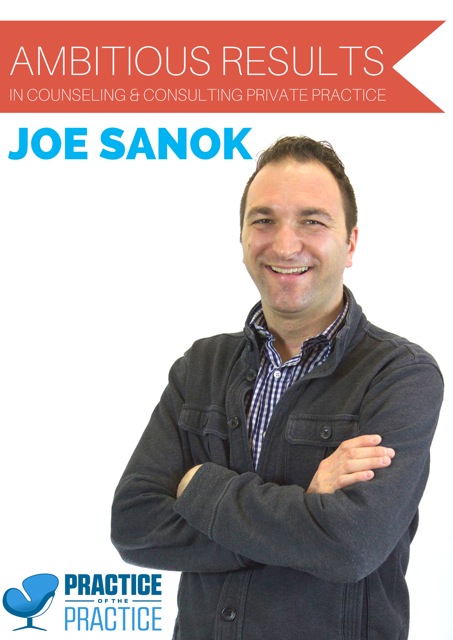 Joe was frustrated with his lack of business and marketing skills when he left graduate school. He loved helping people through counseling, but felt that often people couldn’t find him. Over the past few years he has grown his skills, income, and ability to lead others, while still maintaining an active private practice in Traverse City, MI.

Most of us wear many hats, often leaving us to feel stretched thin, uninspired and exhausted. As a wife, mother, clinician and business owner,…