In this podcast session, I talk with Howard Scott Warshaw all about his time at Atari, how he is said to have created the worst video game of all time, and how he is now a counselor.

This month, Brighter Vision is having a crazy/amazing deal, where you can get $20 off per month for all of 2016! That’s a website, SEO support, design, and hosting all for only $39! But you have to click on this link to get started with Brighter Vision. 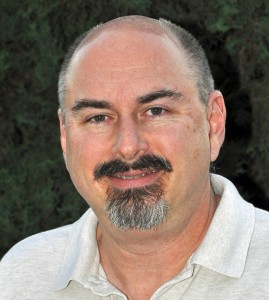 Artist, technologist, creator and healer, Howard Scott Warshaw is first and foremost a communicator. Holding master’s degrees in Counseling Psychology and Computer Engineering, his career accomplishments include Video Game pioneer, MoMA artist, celebrated software developer, award winning film producer, author, educator and columnist. These days Howard enlists his eclectic skill set in the service of others as a psychotherapist in California’s Silicon Valley, where he specializes in the issues of hi-tech leaders and the super-intelligent. He loves exploring and sharing fresh perspectives as well as cultivating new talents and finding creative ways to apply them. Howard is a complex person who can be summed up in five words: Passion with a Balanced Perspective.

The Inspired Intern: Getting licensed without losing your passion or your sanity!

Conquering College: The Most Fun You Can Have Learning the Things You Need to Know

Business avatar. Identify where they spend time and with whom. Create a content calendar. Set up automation with social and email. Create a 5-day…