In this podcast session, I talk with Nicole Bonsol, all about finding your voice and matching it with your branding. She gives clear tips on engaging potential clients and building pages that convert!

Simple Practice is a great option for Electronic Medical Records. Simply select the features you need to run your business. SimplePractice gives you options to personalize your accounting, patient documentation and contact information in a way that makes sense for you and your clients. SimplePractice streamlines the process of setting up all of your patients’ accounts as well as your practice information. With our intuitive interface, you can efficiently enter only the information you need with just a few key strokes. Click here to get the top tips for starting a private practice. 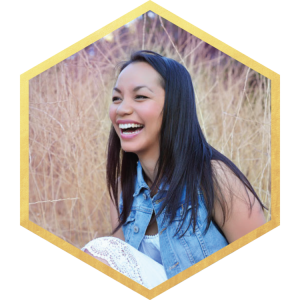 Here’s what Nicole says about hereself:

Hi! I’m Nicole Bonsol. I’m a content-writer and graphic designer, but you might also call me:

(I love bringing things into being.)

I help healers who long to feel confident about their websites, but never quite feel like their work is good enough. I guide them through the (sometimes challenging, but always cathartic) process of creating their brand, so that they can’t wait to share their work with the world!

What parts of your brand can I help heal?

Your “brand” is communicated through many facets of your business. Here are the three things I can specifically support you with:

1. Your Message: What do you stand for? What’s the heart-felt mission statement that rallies your tribe? Figuring this out is the foundation for creating great written content AND a stunning website.

2. Your Voice: What is it about your personality – your essence – that helps your message connect with the right people? How you consistently deliver your message is just as important as the message itself.

3. Your Visual Brand: Do your website and marketing materials make a visual impact that matches the power of your healing work? Having a website that instantly communicates your warmth and your spirit is a wonderful way to welcome potential clients into your practice.

Nicole’s Free Mini-course on writing your About Page.  $50 off the course

Today, Joe Sanok speaks about what to do with an idea, part 2 – Magnum, P.I. Podcast Sponsor Brighter Vision is a turnkey website solution designed…