In this podcast session, I talk about the psychology of design, images, growing a private practice, and picking a niche market with Wilfred J. Krenn. 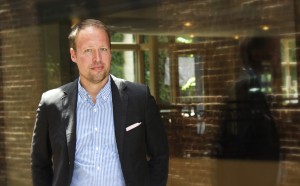 Wilfred is a Licensed Professional Counselor in Private Practice working with gifted children in the Saint Louis area. He has extensive training in the effects of trauma and the impact of stress on neurobiology, as well as traditional psychotherapeutic technique. After spending over 10 years in the Non-Profit world Wilfred brings his expertise to the larger community. One of his passions is working with intelligent and creative patients, giving them a platform to explore what is getting in the way of their success.

He’s also the man behind Psychology of Design, design to help therapists.

In 2001, I spent some time in Nepal and specifically Namche. In this podcast, I discuss this experience and give a clear call to…