In this podcast session, I talk with Jonas Elrod from the documentary “Wake Up,” Oprah’s first Super Soul Sunday guest, and from the series “In Deep Shift.”

Jonas Elrod was leading an ordinary life until he woke up one day to a totally new reality. He suddenly could see and hear angels, demons, auras and ghosts.

The documentary movie WAKE UP follows this fascinating story of an average guy who inexplicably developed the ability to access other dimensions. Physicians gave him a clean bill of health and were unable to provide an explanation. What was it? Why was it happening to him? One thing was certain for this 36-year old man – life as he had known it would never be the same.

With his loving but skeptical girlfriend by his side, Jonas crisscrosses the country 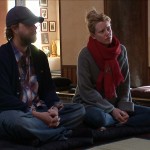 as he searches for answers and delves deeper into this thrilling world of the phenomenal and spiritual. Along the way, he encounters an amazing group of religious teachers, scientists, mystics and spiritual healers who help him piece together this intricate puzzle.

The film shows how all of us can search inward for our own peace and happiness while contributing towards a positive shift in global consciousness. WAKE UP is a call to consciousness to everyone who sees it; an invitation to accept that there is more to this life than meets the eye. 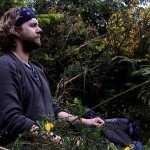 WAKE UP had its festival premiere at South by Southwest Film Festival in March 2009 and its New York City premiere, hosted by Sting and Trudie Styler, in April 2010. It is being released on DVD in September 2010 by Beyond Words, distributor of the acclaimed films “The Secret” and “What the Bleep Do We Know.” The movie is being privately screened throughout the fall of 2010

Pop 117 | He Sees Spirits An Interview With Jonas Elrod

Father’s Day can bring up a variety of emotions. For some, fathers have passed away so it’s a time of remembrance. For others, their…