In this podcast session, I talk with  best-selling author Rob Bell see theology, the world, and therapy. His new book, How to Be Here: A Guide to Creating a Life Worth Living

talks about the differences between a finished and an unfinished view of the universe. If every counselor in the world were listening, what should they know? 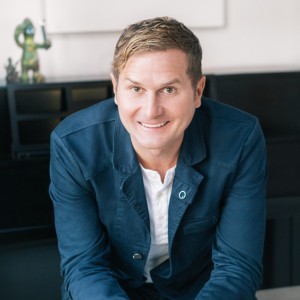 Rob Bell is a bestselling author, international teacher, and highly sought after public speaker. His books include The New York Times bestseller Love Wins, along with What We Talk About When We Talk About God, The Zimzum of Love, Velvet Elvis, Sex God, Jesus Wants to Save Christians, Drops Like Stars. At age 28 he founded Mars Hill Bible Church in Michigan, and under his leadership it was one of the fastest-growing churches in America. In 2011 he was profiled in Time Magazine as one of their 100 most influential people. Rob was featured on Oprah’s 2014 Life You Want Tour and has spoken at events all over the world. He and his wife Kristen have three children and live in Los Angeles.

Rob Bell has appeared on Oprah’s “Super Soul Sunday” a two-time Emmy award-winning series that delivers a thought-provoking, eye-opening and inspiring block of programming designed to help viewers awaken to their best selves and discover a deeper connection to the world around them. The series features exclusive interviews and all-new conversations between Oprah Winfrey and top thinkers, authors, filmmakers and spiritual leaders. Exploring themes and issues including happiness, personal fulfillment, wellness, spirituality and conscious living. “Super Soul Sunday” presents an array of perspectives on what it means to be alive in today’s world.

As well, Rob Bell had “The Rob Bell Show” on the Oprah Winfrey Network which is the first and only network named for, and inspired by, a single iconic leader. Oprah Winfrey’s heart and creative instincts inform the brand — and the magnetism of the channel.

For Nicole Elliott, mindfulness doesn’t end in the counseling private practice, it’s how she lives her life. Today’s Private Practice Sponsor   The National Association of…