Rima was born in Russia and escaped ethnic and religious persecution, moving to Poland when she was five. At age eight she moved to Israel and Chicago when she was ten. She’s a Hollywood producer turned social worker who helps vets to tell their story. In today’s podcast, she’ll be discussing leaving, moving, culture, Hollywood, documentaries, and veterans.

Simply select the features you need to run your business. SimplePractice gives you options to personalize your accounting, patient documentation and contact information in a way that makes sense for you and your clients. SimplePractice® streamlines the process of setting up all of your patients’ accounts as well as your practice information. With our intuitive interface, you can efficiently enter only the information you need with just a few key strokes. Simplify your billing and get paid faster with one integrated system to create statements, super-bills, CMS forms and more. Accept cash, checks or use our credit card processing system. Export transactions to Excel or Quickbooks and view interactive reports for up-to-date information on your practice. 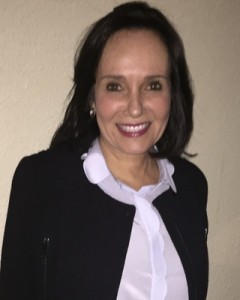 As seen on a Sussex Directories Inc site

I am a Licensed Clinical Social Worker (LCSW), employed at the Veterans Administration Greater Los Angeles Health Care System working with Veterans who are dealing with a wide range of issues such as, PTSD, homelessness, unemployment, substance abuse, reintegration, family and sexual problems In addition, I have a private practice, providing therapy for individuals, couples and families.  My specialty in my private practice includes working with creative individuals such as actors, writer, artists and musicians.

I was born in Russia. To escape ethnic and religious persecution, my family moved to Poland when I was five, then to Israel when I was eight, and finally emigrated to the United States when I was ten.

When my family settled in Chicago, I was not only the first Russian immigrant child to attend my elementary school, but I also spoke fluent Russian, Polish, Yiddish and Hebrew.  However, I was so determined to assimilate into American culture that within a year I spoke fluent English.  Later in life I realized how important my roots were and embraced my diverse background along with American culture.

After receiving a Bachelor’s of Arts Degree in Mass Communications from the University of South Florida, I moved to Los Angeles where I had a prolific film and television career. I also produced several independent documentaries which are still available online.  Along the way I got married, divorced and, as a single mom, raised two sons who grew up to be sensational young men (my best work still).

My inspiration to go back to school came while producing a psychological issue-oriented television show featuring Dr. Dale Atkins, called Dr. Dale’s Life Issues.  I was so deeply moved seeing how a therapist could improve lives and alleviate suffering that I realized this was my true calling and enrolled at the University of Southern California where, in 2010, I received a Masters in Social Work (MSW).  Subsequently I became certified as a Licensed Clinical Social Worker (LCSW) with additional and certifications in Mindfulness Based Stress Reduction, Anger Management and Grief and Loss.

My diverse background as a Russian-Polish-Israeli immigrant, plus the fact that I went back to school to become a therapist after working thirty years in the entertainment industry, gives me a unique perspective on resiliency and the possibility of change that helps me connect with my clients.

Recently, I have combined my psychological and entertainment careers and developed a treatment (with an award winning director) for a documentary film called War Stories, which examines the difficult psychological problems many war Veterans face trying to reintegrate into home and family life.

War Stories, uniquely approaches the reintegration issue from an historical, cultural and personal perspective by allowing Veterans from five different wars (WWII, Korea, Viet Nam, Gulf War, and Iraq/Afghanistan) to share their dramatic experiences with each other and the audience.  Thus we learn how each war’s different political and cultural climate, geography, weaponry, goals, results and popularity affected our Veterans’ wartime experience and their ability to reintegrate when they came home.  We show how different and complex these issues are in each historical era.  Our goal is to create empathy and compassion among our Veterans by allowing them to stand in “each others boots.”  We are currently reaching out to individuals and institutions who support Veterans’ causes to help fund this film.

My guiding principle as a therapist and what I strive to impart to all my clients is that life is a journey, not a straight line, nor a destination.  It is about creating resiliency, restructuring and resurfacing.  What happened is a given, how it shapes us and the meaning we assign to our experiences is a choice.  I look forward to the next chapter in my life with the same determination, good humor and passion that got me where I am today.

Smidgens are quick, short, inspiring thoughts done in a podcast format, without all the fluff. They’re a way for me to quickly express thoughts,…