Software as a Service is the theme of today’s podcast. James Hollister goes deep about start-up, launching a technology business for therapists, and how you can create passive income with products to grow your private practice. 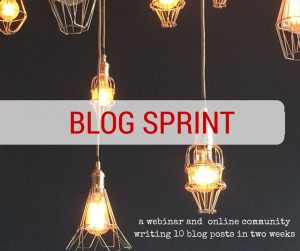 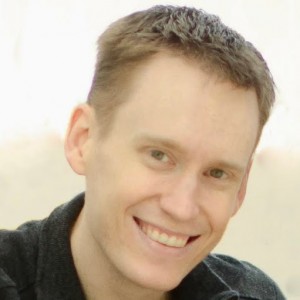 James Hollister is the Founder of Flow, an app and software company with hopes to elevate the mental health community by strengthening the connections you have with your colleagues. Build a professional network full of the people you know and trust. See up to date details of their practice and current availability so that you can refer to them easier. Discover new people you’d like to get to know. And, hear the latest news on topics that you care about most and discuss with colleagues in a private, secure social network.

Here’s how James describes himself and his app:

Hi, I’m James Hollister, the original founder of Flow. No I’m not a therapist and I don’t come from a background in psychology. My background is in technology and developing software. I’ve worked on software for various industries, ever since graduating from high school – software for restaurants, casinos, auto body shops, notaries public, sign companies, I even built a poker playing artificial intelligence.

Most of those ventures failed – mainly due to giving up or losing interest. It wasn’t until recently that I figured out why. I never cared enough about the missions of those that I tried to serve in those endeavors.

This time I decided to change that, to pick a group of people I could stick with, one that I knew was

important to society as a whole. A group of people I could care enough about to push through the inevitable uncomfortable emotions that come with entrepreneurship.

That’s how I landed on mental health. My mother struggled with major mental health issues her entire life. Perhaps if she got the help she needed her life may have turned out differently. That matters. If there’s any way I can help solve that problem, even in a small way, I’m up for the challenge.

Once I knew I wanted to help this field I needed to uncover how, a way to use my skills and talents. From there I took to the phone (and email) to reach out and interview therapists in practice. Often paying for a full session just to ask questions about the struggles they had.

Long story short, Flow was born of those discussions.

Connect with your network of colleagues – the ones you trust in your own local community – and communicate on a professional level in a secure private way. Sure you may be on a couple of those listserv mailing lists, or be a part of a professional association but this is different. Here you can connect directly with the people who you know and would like to build a better connection with. Talk about the problems your local community is facing right now. Coordinate local events or share details throughout the network. You choose the level of privacy for each of your posts, send a private message to one person, share it with your direct colleagues, share it with the colleagues of your colleagues, or share it with your entire county.

Mentioned on the Podcast

Get 30 days free, instead of the normal seven, click here. 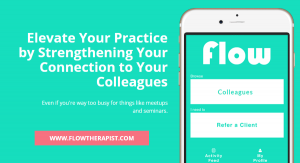 I have created some helpful tips to create passive income for your practice. In this article, I will be going over steps  6 and…