Today we’re talking all about the brain with Amy Fortney Park! 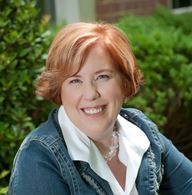 Amy Fortney Parks describes herself as a life­long educator, a passionate psychologist and often stressed­out, but mostly happy, mom of four! She is the Executive Director of WISE Mind Solutions, LLC, a Northern Virginia­based practice focused on children, teens and families. She is also the owner of The Wise Family – a comprehensive brand for kids and parents designed to inspire, educate and energize families!

Amy Fortney Parks brings with her over 25 years of education and experience working with children, adolescents and families as both an educator and psychologist. Her focuses include individual counseling for kids, tweens and teens, parent and educational consulting. She is a passionate “BRAIN – trainer” and strives to help everyone she works with understand how their own unique brain works!

Amy holds a Masters Degree in Psychological Services and is in the dissertation phase of her Doctorate in Educational Psychology. More information and how to chat directly with her about your family are on her website, www.thewisefamily.com or connect SOCIALLY @wisefamilies

I was just thinking about my two daughters and their future. As a small business owner, sometimes I get wrapped up in the day-to-day…