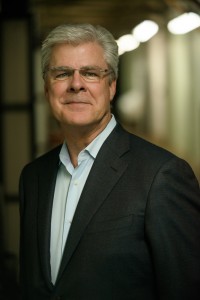 Joe Calloway helps great companies get even better. His workshops and interactive keynote presentations help develop leaders, create more effective teams, and improve performance for successful businesses who know that they can, and should, be doing more with the people and resources that they already have.

Joe’s client list reads like an international Who’s Who in business, ranging from companies like Proctor & Gamble and Coca Cola to Cadillac and American Express. Joe also works extensively with small to mid-sized businesses, franchisees, and a range of professional services organizations.

Joe has presented at business conferences and events in countries around the world including Italy, Sweden, South Africa, England, Swaziland, Canada, Mexico and throughout the Caribbean. Although Joe has been inducted into the Speakers Hall of Fame, he doesn’t do traditional “speeches.” Instead, Joe actively engages people in highly interactive keynotes and workshops that challenge assumptions and create new ways of thinking.

Joe lives in Nashville, Tennessee with his wife, Annette, and their daughters, Jessica and Cate.

Pop 146 | Keynotes And Leadership An Interview With Joe Calloway