Great tool to help you become a better therapist by placing you in peer consultation groups to discuss your most challenging client cases. They have a HIPAA Compliant video conferencing system that is fast and efficient. New members can get 2 months for free at www.theravue.com/joe.

5 steps to building a business that is bigger than you:

Nina’s book, “Get Off The Hamster Wheel,” is available at www.BusinessExponential.com/hamster. It discusses 10 common ways that small business owners are “stuck” in their business and what they can do about it. 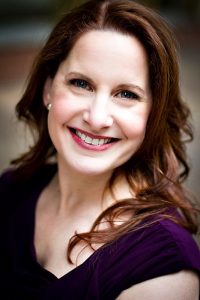 Nina L. Kaufman, Esq. is an SBA Small Business Champion and Entrepreneur.com legal expert—not just your ordinary business attorney. Forbes Magazine calls her “One of the 25 Most Influential Women Tweeting about Entrepreneurship.”  A Mets fan by marriage and former stand-up comic, she is a sought-after professional speaker and frequent media resource who has been featured in the Wall Street Journal, U.S. News & World Report, Crain’s NY Business, Mashable, HuffingtonPost.com, MSNBC’s Your Business, and Fox′s Good Day NY.  Nina also learned the hard way that growing a real business is about more than just making good money. That’s why, as host of the Cash Out BIG podcast, Nina shows owners of service businesses how to stop feeling stuck and design a company that can functions like a well-oiled machine. That can run itself, instead of running your life. For more, visit www.BusinessExponential.com and. www.AskTheBusinessLawyer.com. Twitter: @NinaKaufman. Facebook: https://www.facebook.com/BusinessExponentialPage/

How can you get past the new iOS update and still convert clients through Facebook? Which aspects of marketing should you outsource to your…