Head on over to www.wecounsel.com/professional to learn more about the joint partnership between Practice of the Practice and WeCounsel. Access a free downloadable to five keys to success when taking your practice online.

CLICK HERE for the FREE course, Financial Freedom Formula – A Holistic Blueprint for Success, for all Practice of the Practice listeners for free.

Below is a description of her book, The Search for Connection: A Spiritual Journey to Physical, Emotional, and Financial Health:

Follow one woman’s journey to inner peace , physical health and financial well-being from young adulthood to the present. Many times in our lives we just take things as they come. We figure that, well, this is just the way it is going to be for me. Joan did not settle for this answer. She began her quest to find her connection to this world, along with the help of her inner guidance, to eventually realize her abilities as an innovative entrepreneur and natural healer.
Her spiritual voyage  began in 1975 when she gave all of her things away and wandered for a number of years. Using her intuition as a guide, Joan’s journey brought her to many new and exciting places. She met many new people who would play an important role in her “coming into her own “. With the help of family, friends and often times strangers, Joan found her way through life to eventually connect with her inner happiness, physical and emotional well-being, and financial success.
Encountering set-backs on the way, Joan sought help through spiritual leaders as well as conventional ones and learned how to affect the series of illnesses and financial conditions that plagued her throughout her own life.
Take this exciting journey with her as we see how one woman’s determination brought her to where she is today. 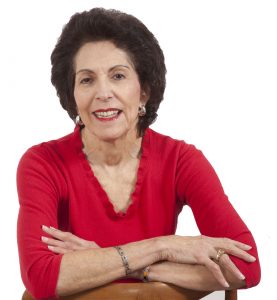 “It gives me great satisfaction when clients tell me how quickly their lives — and businesses— transform as a result of the work we do together. Increased income, greater peace of mind, feeling more connected, and finding a new sense of purpose are only a few of results they experience as a result of working with me.

For years, I suffered from a long list of physical, emotional, and financial problems. After giving away all of my possessions, an extended spiritual journey connected me to the deeper parts of myself that led me to everything I needed to find health, well-being, and peace of mind.

Like most of my clients, my financial problems were the most difficult to overcome. In the 1980s, I thought I was on the way to financial security as I rapidly built a wholesale, retail, and mail order business to the point where I was grossing over $30,000 a month. My lack of business and financial skills led to my downfall—and bankruptcy.

This experience led me on the path of learning everything I could about business and financial management. The knowledge I gained allowed me to flourish as an entrepreneur while sharing what I learned with others.”

Are you stuck with an idea and not sure how to execute it? Do you feel like you may have some analysis paralysis? Do…