Today, Joe Sanok speaks with Brian Canlis on how to blow people’s minds by over-serving them.

Click below to listen to the eighth podcast in this series, Attracting The Right Business Partners with Aaron Walker. 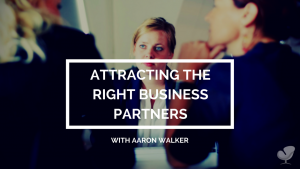 The Story Of Canlis

Brian’s aim for Canlis is to become the best restaurant in America by simply putting others first. While the industry of fine-dining is usually run by fear, they are attempting a different approach.

The challenging part is getting your team onboard with the new direction you’d like to take them in. Brian, however, does not fire team members, he allows them to ‘fire themselves’. You can’t fit a round peg into a square hole. People need to work for an organisation because they want to.

Canlis holds a lot of meetings to discuss how people are feeling and what their thoughts are about the working environment. They arrange social getaways and gatherings as well to initiate healthy relationships between the team members.

Brian Canlis returned to Seattle in 2005 after 12 years of studying and working abroad. His college education saw him in England, Austria, and Spain before finishing a hotel sciences degree at Cornell University. Commissioned as an Air Force officer in 2001, he led Elmendorf Air Force base in winning the coveted Hennessy Award for the Air Force’s best food and dining experience. Just prior to his promotion to Captain, Brian was transferred to the nation’s capital to help lead an elite protocol squad that played host to world leaders and international heads of state. (There’s a good chance you’ve seen him saluting the President on CNN.) Lured back to the restaurant by a desire to join the family business, Brian joined his brother Mark in leading the company – and is now President. While Mark is the leader of staff, guest and community relations, Brian focuses more on business development, product reinvention, and future opportunities. Together, they make a dynamic team who are just as great at being business partners as they are at being brothers. In his spare time, (and often at work) Brian enjoys photography, and serves as the company’s official photographer. He married photographer Mackenzie in 2015 and isn’t nearly as talented as she, but she loves him anyway.