Today, Joe Sanok speaks with Jaime Jay on how to outsource almost anything.

Click below to listen to the ninth podcast in this series, How To Blow People’s Minds By Over-Servin Them with Brian Canlis. 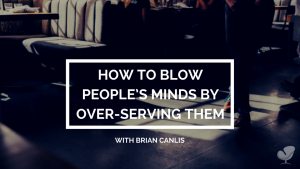 Visit bottleneck.online to get delegation tool Jaime speaks about.

Process of Coming Up With A Business Idea

Make sure you do something as if it is the last time you are going to do it. Create a workflow that you can eventually hand over to someone else. It also helps for auditing purposes.

The number one mistake people make when outsourcing is assuming that that person knows everything. Training is still important. You only have to train them once. People also aren’t aware that you can outsource, and are scared to give up control. But, when you outsource, you can give up the mundane tasks to be able to focus on what you enjoy most! 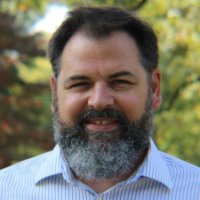 Jaime is a big hockey fan and he loves incorporating the sport into his business. He is the managing director for http://slapshotstudio.com, a WordPress development company where he builds websites that help define your brand.

He is the host of http://stopridingthepine.com. It’s a business marketing show where he interviews top thought leaders, authors, business professionals and more.

One of the most challenging areas in the podcasting industry is finding the time to consistently publish your podcast. He founded http://podcastpilot.com. This is a company that helps solve the time spent on publishing podcasts by offering professional editing and writing services. Basically, all a podcaster has to do is record their show and hand it off to Podcast Pilot. They will put your podcast on auto-pilot.

He is also the founder of http://doneforyouwp.com. Jaime has established a staff of WordPress developers that provide WordPress maintenance and help for people that don’t have the time or the knowledge to manage their own WordPress website.

Pop 204 | How To Outsource Almost Anything With Jaime Jay

I sent an email out to folks on my email list (click here to join or learn about it). I said to them that…