We’ve created a conference where introverts can get energized and overachieving extroverts can learn to slow down. Visit Slow Down School here for more info. Find your ideal clients, create your ideal life. 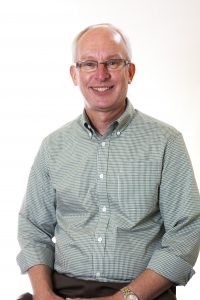 Dave Penner is a licensed clinical psychologist and is the Clinical Director of The Gottman Institute. He is the author of the Leader’s and Couples Guides for the Seven Principles for Making Marriage Work program, based on the bestselling book by the same title by John Gottman and Nan Silver. He has trained therapists and workshop leaders in the Gottman Method on four continents.

In his role as the Clinical Director, Dr. Penner oversees clinical aspects of Institute, including providing consultation to Certified Gottman Therapists and clinicians in training; selecting and training consultants for clinicians pursuing certification; training and supervising video reviewers who certify therapists in the Gottman Method; overseeing quality control of new programs and products; training and supervising roving therapists at couples workshops and answering clinical questions from clinicians, researchers, the media and the public.

Dave has practiced for over 30 years as an individual and couples therapist working in private practice, university, mental health and medical settings.  He may be contacted at dpenner@gottman.com

If you are creating your own website or have hired someone to do it for you, here are some things to consider of how…