Today, Joe Sanok speaks with Bryan Teare who knows a ton about Twentysomethings.

Sign up here and use the promo code ‘Joe’.

“Everything we do is constantly evolving.”

When you have an idea to start a new venture, just do it! If it feels to big, break it down into smaller steps. Give yourself permission to quit if it doesn’t work.

One of the biggest questions Twentysomethings are asking is: “What is my purpose / passion?”

What they don’t realize is that their purpose / passion starts from within themselves.

Twentysomethings / Millenials are changing jobs a lot. Ways to prevent this include:

Having the idea that when you’re working your ideal job, you’ll wake up everyday with a spring in your step is a big misconception.

Twentysomethings are more after lifestyle than money.

What Twentysomethings can bring to the company: 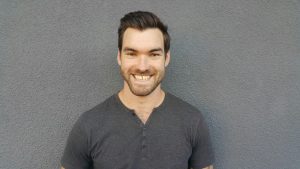 Bryan Teare is a coach and host of The Quarter Life Comeback where he empowers twenty-somethings to create their own path in life. Having started his career as an engineer, Bryan soon realized that there was more to life and he decided to leave his job to make a bigger impact in the world. After backpacking solo through South-East Asia, he returned home to South Africa where he began a journey of personal growth and experimentation with things that interested him. He now helps others do the same via his work as a coach and podcast host.

Have you ever wondered about how Ayahuasca is used in therapy? How do you prepare for a journey like this? How can a psychedelic…