In this episode, Joe talks about ideas to grow independence in private practice.

Happy 4th of July! Today we take at a look at what it means to be ‘independent’ as well as how to encourage independence among your counselors and within yourself! We’ve included 17.76 tips to help you achieve autonomy in your practice and in your own life.

‘In’: By weight (origins of British Pound) 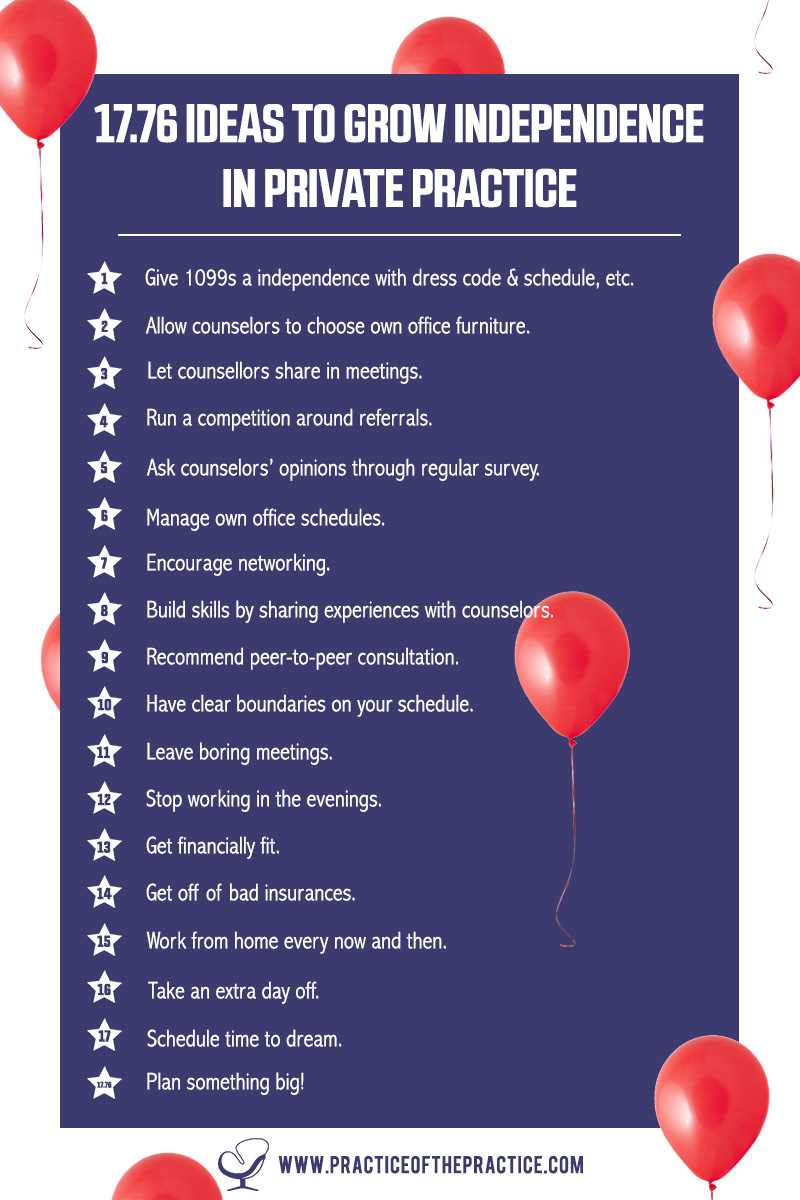 How To Build Independence In Counselors At Your Practice

How To Build Independence In Yourself

How to Grow a Specialty | Day 1 interview with Barry Feldman How to Become a Consultant Podcast with Joe Sanok and friends. Grow…