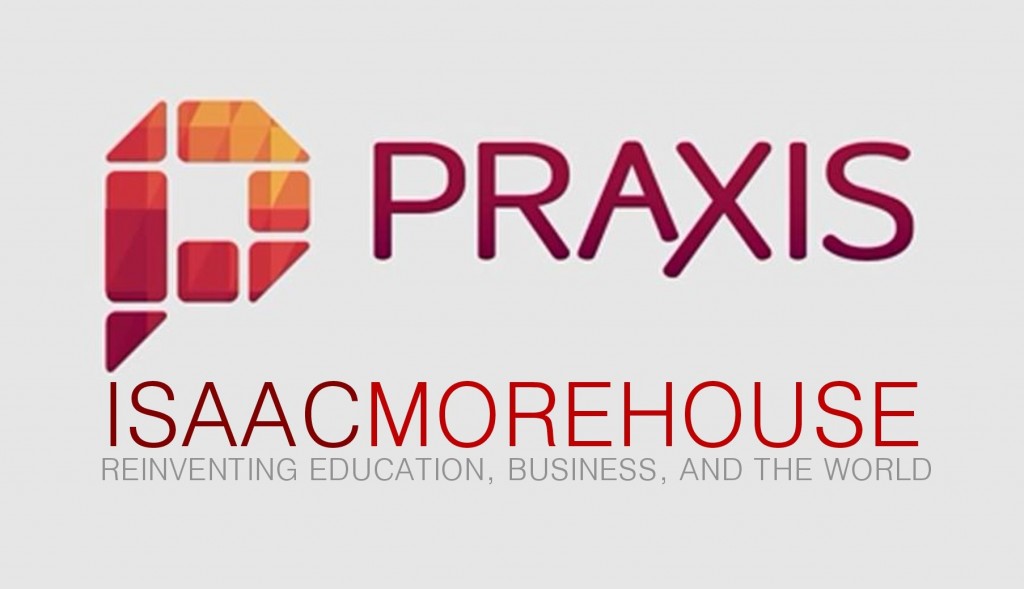 I have known Isaac Morehouse since 2000. Isaac is a thought leader, innovator and entrepreneur. In a sense we both grew into our careers at the same time. Isaac has been working on an amazing project that has the potential to rework the entire way we view higher education and what it means to be of value to an employer. Through Praxis, Isaac and his team are collaborating to create a new model for preparing for the work world. I asked him to write for us because this idea in itself is revolutionary, while also he can talk about marketing and business.

Through Practice of the Practice, I never want to limit the voices that we can learn from. Instead, I seek the best thought leaders in every arena. So, with a round of applause, please welcome, Isaac Morehouse! – Joe

Why did I start a business?

What is your business?

Praxis is an intensive ten-month program for entrepreneurial young people who want more than college.  We place participants at dynamic businesses where they learn by doing, and they concurrently complete a rigorous, interdisciplinary online curriculum.

Why did you start Praxis?

I found my college experience to be a waste of time and money.  What things I learned, I could have learned on my own anyway because I was interested.  I learned so much more from working.  Today tuition is skyrocketing, student loan debt is a massive black cloud over so many heads, and the value of a degree is plummeting.  It offers little in the way of valuable, real-world knowledge.  Employers find it increasingly unreliable as a signal of valuable employees.  I had some kind of college alternative in mind for about ten years before things came together and I felt the need to launch Praxis.

I launched Praxis because I don’t think it needs to take four years and $150,000 for a bright, hardworking young person to get from where they are to a career they want.  I think experience is the best teacher.  I think entrepreneurialism is an increasingly valuable attribute, and one that the traditional education model beats out of students, rather than encourages.  Young people need more options, and that’s exactly what Praxis is.

When my desire to create a better option than college got so strong that I couldn’t ignore it, I had to get it into some kind of rough business plan.  The minute I did, I could think of nothing else.  I had to pursue this thing; I had to build it.  When my wife and I came to the realization that we would not be satisfied until we had given Praxis our best shot, we knew it was time to take a chance and get it off the ground.

I don’t think you have to know that success is likely before you start a new venture.  I think you just have to know that it’s something you’re willing to fail at.  I believe in Praxis and I think it will succeed spectacularly, but when I asked myself questions like, “What if it fails?” I found that it didn’t worry me.  What worried me was the thought of never giving it a chance to fail.  That’s how I knew it was time to launch.

How did you get it started?

Social capital.  I’m not exaggerating when I say that, for more than a decade, I accumulated social capital.  I helped people, connected them to each other and opportunities, and did my best to be generally responsive and helpful above and beyond any official duties.  I did it just because I enjoyed it, but I realized later that I was amassing a huge amount of social capital; people who liked me, and for whom I’d done something or another.  When I got Praxis going, with very little money, I had to start cashing in a lot of that social capital.  I knew people who were good at a lot of things, and I had to start asking for favors, trading favors, and making deals that involved little or no up-front money.  I had built a great network, and without it I never could have gotten Praxis going.

Make deposits into your social capital accounts.  You never know when you might need to withdraw.

Joe’s Comment: If you tuned out with what Isaac just said, RE-READ IT! This is one of the most important things we can do. This is especially true for aspiring clinicians. Go out there, meet people, help them, and stay in touch with them!

Getting a basic, minimum viable product off the ground was not that expensive.  The beautiful thing about today’s technology is that for very little, you can have a professional presence.  I tapped my network of 3,000 some social media followers and asked if anyone could put together an intro video on short notice.  I got some great responses.  I did the same for design and web work.  I tapped my network of professor friends to help build the curriculum.  I tapped networks of business owners to be the first business partners.

Early on, I wondered about making a really detailed business plan and budget, and then seeking venture capital for a big launch.  I’m glad I opted not to go that route, but instead to keep forging ahead and building a little more every day.  I saw it as a kind of game, or challenge, to see how much of the product I could build without raising any capital.  My goal was to make Praxis more valuable in at least one small way every single day.  If I came to a true stopping point, where I literally could do nothing more without outside investment, then I could seek it, but not before.

This forced me to be ruthlessly disciplined and incredibly creative in how I built things.  I had no money or time to spare.  I was working full time elsewhere, and Praxis was a side project.  I got a team of friends who believed in the vision to help me forge ahead, and we just kept building.  Eventually, we had a real product that was good enough to start marketing a bit.  We spread the news via word of mouth (again, friends with blogs, podcasts, and other platforms were a big help).  In the process, Praxis attracted the attention of an investor.  We didn’t have to go shopping for venture capital, it came to us because we had more than an idea or a business plan, we had an actual product.

Joe added the underline because he thought it was that important!

How did you build a product with very few resources?

Brand is really important.  When you don’t have a physical widget you’re selling, it’s your reputation that matters.  We tried (and continue) to take the approach of giving people something for free, to signal that Praxis is a company worth following.  We post interesting articles about education and entrepreneurship to the Facebook page and the blog, rather than only stuff that promotes us are tells people to apply.

We’re in this business because we want to change the world and help people break the educational and career mold.  If we can do that by sharing information or inspiring people, we want to, even if there’s no way to turn them into customers.  When you’re about something bigger than your product, people will begin to respect you and give your product the time of day.  And even if they don’t, it’s exciting to see people inspired!

Any advice for would-be entrepreneurs?

Focus on what you’re good at.  Do as little of what you hate and what you’re not good at as possible.  Find people who are good at it and work something out.  If I didn’t have a partner who is awesome at finance and accounting, Praxis would have been dead before it was born.  I hate that stuff and it stresses me out to no end.  I knew having a competent person who could handle it was a must, so that was one of the first things I lined up.

The other thing is to start small and fail small.  At every step, test out your idea or product in a small way, get feedback, refine and repeat.  Don’t sit on a great idea until you’ve put everything in place for one big massive launch.  If you do and you get something wrong, it could ruin you.  If you do some beta launches, failure won’t end you but will provide valuable knowledge.

Joe’s final comments: “Start small and fail small” is one of the best comments and pieces of advice for us counselors in private practice! I am very risk averse, and until I read what Isaac just wrote, I thought I was a ninny. But actually, what he wrote is at the core of how I have strategically grown. I would love to have an office with numerous rooms for numerous counselors, but instead I have stuck with an office that meets our current needs. When we get close to out growing it, we’ll look at options. So many counselors get into a bind where they have to pat $1,000 in rent when they have no clients. Get creative. Save money. Grow smart.

Thank you Isaac and Praxis!

If you know someone that could benefit from Praxis, send them to www.DiscoverPraxis.com, let them know to say offer code “Joe” to get something extra! Click the image below to check out more about Praxis. 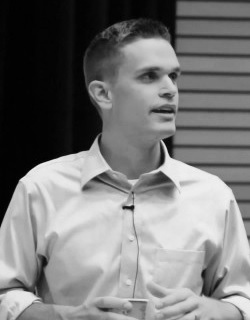 Isaac Morehouse has tried just about every form of education and spent years building and running educational programs and mentoring students. Throughout his work in nonprofits, teaching, writing, and training, he’s seen diminishing returns from traditional education and career preparation models. He’s started and run a few businesses and nonprofit programs, and felt the experience gained was infinitely more valuable than his time in college classrooms. Tired of imagining what other options might look like, he decided to break the mold and launch Praxis.

How do you introduce the world of business to your child without pushing them too much? What can you do to immediately level up…