How do you talk about private pay in private practice?

If you don’t already have a very clear niche, I would make sure that, when you’re talking to people, you’re very specific about, ‘This is who I work with, this is how I help’. Hopefully, that’s something that will make you stand out, compared to the other therapists. Because, I’m sure there are lots of therapists who are just generalists who take insurance and the ‘average’ person who’s struggling with depression or anxiety who wants to use their insurance and doesn’t really see a need to self pay.

I just hired somebody who does couples therapy and also sex therapy. That’s something, in my area, that is very limited. So we’re going to advertiser it as all self-pay, because I know there’s such a limited amount of clinicians that do that, that people will figure it out. They’ll be willing to self pay.

I have found that when people call in, they get very stuck on whether they want to use their insurance, or if they’re open to being self-pay. It doesn’t necessarily matter how much you’re charging. They just get very entrenched in the idea that they have to use their insurance. Maybe that’s just not your ideal client. I think part of it, too, is you have to educate people, because people don’t understand how their insurance works. So many people have high deductible plans now, they’re paying for it anyway. They’re paying the $90 or the $100 when they come to therapy, even if they are using their insurance. So, sometimes, if you explain that to them, then it makes a little bit more sense why they would want to be out-of-network. 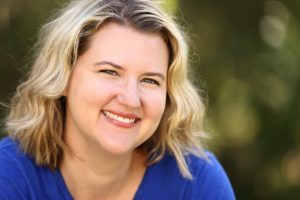 Do you find yourself scratching your head when trying to figure out which social media platforms to use in marketing your practice?  Do you…