How can your body be healed from physical trauma? What does an Ayahuasca ceremony entail? How can body restructuring and medicine work go hand in hand?

In this podcast episode, Joe Sanok speaks with Davi Rhein about his body restructuring work and his experience with Ayahuasca. 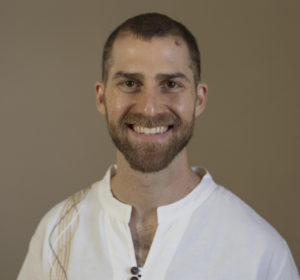 Davi is a Shamanic Healer, speaker, coach and he is empowering others by sharing conscious language, mindfulness, healthy diet, and movement practices while also introducing new paradigms for relating to self and others.

After having traveled all over the world, seeking out teachers and modalities in an attempt to heal his own body and then to learn how to heal other people, Davi met Matthew Hunter who is now his business partner. They developed this modality which functionally separates every muscle from every other muscle in the body.

Relieving your own pain

If you’ve reached a point where you are already in pain a certain amount of self-myofascial release is possible by using foam rollers and lacrosse balls. You need to find the boundaries between the muscles and gently tease them apart from each other.

We’ve all been taught not to delve back into the pain, pain is bad, just forget about it.

We all have a series of physical injuries from our earlier childhood as well as trauma, but we are really good at repressing. The work that Davi does at Dynamic Restructuring, as well as the work that Ayahuasca facilitates, is to access the unconscious mind. To go deep into the past and to our experiences and to understand how our current behavior patterns are derived from the experiences that we’ve had.

Once everyone has settled and set up their space, there is a circle and the facilitator spends at least an hour explaining what you’re going to do. Everyone introduces themselves and shares their intention about why they’ve come to the ceremony. Then questions are taken before the medicines are served. After you’ve had the medicine you lie down and are asked not to interact with anyone else, during the night there is a period of noble silence. The Shaman will also come around to help individuals who seem to need help.

Marketing within the medical community comes with a set of unique challenges. This is due to the fact that confidentiality and consideration for your…