How much do you really know about the foster care environment? What is it really like for children who are in the system? How you can help make an impact in these children’s lives?

In this podcast episode, Joe Sanok speaks with Richard Villasana about how he helps reunite children with their families and how you can help make an impact.

You have a website that you love, but nobody seems to be finding it.  You don’t have the time to learn to do your own Search Engine Optimization but know that it’s time to get your website ranking better on Google.

If you’re looking to outsource your SEO, Simplified SEO Consulting is the place to go. Jessica and her team know what it takes to get private practice websites to the top of Google and do in-depth SEO work on every page they optimize.

Whether you hate technology or just don’t want to mess with it, the Simplified SEO Consulting team can put your mind at ease, do the work for you and help you grow your business by showing up on Google. To book your free Zoom consultation call or to begin with $100 off their online course, head over to https://simplifiedseoconsulting.com/joe/. 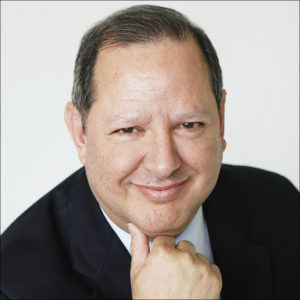 Richard Villasana, the founder of Forever Homes for Foster Kids, is a leading international authority on immigration issues and foster families. A proud Navy veteran, Richard has been featured on CNN International, Univision, AP News, ABC TV, Costco Connections, Washington Post, and EFE, the world’s largest Spanish language media company. He is a columnist with Foster Focus Magazine and an international speaker. For 25 years, his non-profit has worked with government agencies across the country to reunite immigrant and foster children with their families.

How Richard realized his gift – an important message

When I tell you that I have never met someone like you who could do what you just did, that means something.

Richard had a mentor who tasked him with finding someone who worked in the Department of Commerce. This was during a time before the internet or Google but in and amongst the thousands of people who worked in this organization, Richard was able to find the person his mentor was looking for. In a state of shock and surprise his mentor could not believe that he had managed to track down this person. He pointed out to Richard that this was a valuable asset and talent that he had.

Using his gift to help children connect with their families

Richard had been asked to find people professionally during his work as an international marketing consultant but soon enough he started getting phone calls from people asking him to find relatives. After a month of receiving these requests, he figured that there may be something to this. He also spoke with Kevin Campbell who was questioning how it was that the Red Cross could find people after disasters and reunite children and relatives, but yet it could not be done for foster children. This conversation put Richard on the path he is on now where he is 100% focused on foster children.

Due to opioid addiction, there are thousands of children being put into foster care. This is over and above the children who have been abandoned. As demands for foster and adoptive parents are not being met, there is a higher need for caseworkers to do family finding work by locating the relatives of these children so that they can be reunited with their families.

When children are in a family environment they do much better because they are pressured to go and stay in school. They have someone to help them with their homework and they graduate at a higher level.

What can make the most impact

One of the best things that individuals can do is to be a foster or adoptive parent. Sharing information about foster children and making contributions also help.

I remember when the economy was in a serious slump. One of my colleagues, who sees only adult clients, commented on how his phones…