Are you comfortable with the path you are on? What are the fundamental, simple things in your life that you are doing that is making you feel grounded? Why can’t it be you who writes that book or becomes wildly successful?

In this podcast episode, Joe Sanok speaks with Rock Thomas about working on yourself and the things that you can do to redefine your life. 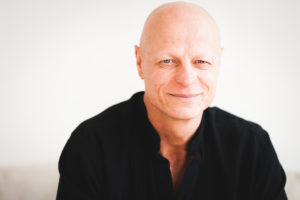 From humble beginnings to Certified NLP Practitioner, self-made millionaire, bestselling author and world-renowned speaker Rock Thomas skyrocketed to success, earning awards, shattering records, and becoming one of the top 50 realtors in the world. Searching for more meaning in a life filled with achievements, Rock traveled the world, studying one-on-one with the world’s best teachers, including masterminds of growth like Tony Robbins, Jack Canfield, and Wayne Dyer.

With a mission to give back to the community and support the collective, Rock Thomas now spends his time helping others achieve whole-life wealth and massive success through his events, programs, books, and coaching.

Rock Thomas is the man behind the #IAMMovement, the make it happen expert who will help you train your brain for success and redefine your life. The #IAMMovement is positioned to have a similar (or better) national impact to what the Tony Robbins’ “Transform Your Life” campaign had in the late 1990s. With a viral Goalcast video that has touched over 72 million people, Rock impacts audiences wherever he goes. Through his supercharged tools and personal zest for life, Rock is the creator of the #IAMMovement, a campaign that reminds people that they have the power to choose their own identity. With 36 streams of income and national levels of business success, Rock is also the founder and CEO of the March to a Million M1 Mastermind, the visionary and co-founder of GoBundance, a renowned mastermind/adventure tribe, and the creator and trainer of the cutting edge Sunday System for Success.

In this podcast episode, Joe Sanok speaks with Rock Thomas about working on yourself, falling in love with yourself, working hard towards your goals, and making sure that you’re not just chasing the dollar.

Most of us take things for granted, we get bored after a period of time. Rock does his best to appreciate things that are simple and amazing.

The 6 phase meditation by Vishen Lakhiani

We were taught to get a good education, go get a good job, work hard, pay your taxes and pay off your student loan.

People struggle with this idea of passive income, so Rock took it upon himself to help people be entrepreneurial in that area.

If you are really good at making it then go to the next stage where you get better at managing it.

Know what’s coming in, know emotionally where you’re spending, then make sure that you pay yourself 10% and mindfully become educated around investments.

Fulfillment comes from growth and progress.

Rock’s written a book centered around this topic and below are 3 out of the 10 points:

Find your mentor, model them until you’ve mastered it, and then you can go on your own.

If you are ever going to take on a new task, find the person that’s already done it, either spend time with them, work for them or work with them so that you can learn from their mistakes.

You can either do it this way or you can take an online course and teach yourself.

Fill out an assessment here and get Rock’s free book.

Click here to find out more about Rock’s Sunday System for Success.

Other Books Mentioned In This Episode

a new way of lifehow to change your lifelifestyle design

Today, Joe Sanok speaks about raccoons in the ceiling and guy from South Korea. Podcast Sponsor Brighter Vision is a turnkey website solution designed to help…