I recall hearing over and over again during my graduate school studies that when it came to therapy, self-disclosure was not allowed. There was definitely no place in therapy for anything other than the patient and their experience.

What’s allowed and what isn’t

There were long discussions in practicum about such things as what could and could not be in our offices. A certain type of picture or art might say something about us and therefore trigger a patient with X or Y diagnosis. Pictures of our family or loved ones were definitely a no-no, as those divulged too much information about us. It was even advised to give much thought into what books, if any, to have on our bookshelves and not make visible any with potentially controversial or triggering titles.

We also discussed how best to handle circumstances in our lives that could potentially affect our patients. What if we were working with patients struggling with relationship issues and got engaged or married and suddenly showed up one day with a ring on? Likewise, if a female therapist got pregnant and started to show, how would best to navigate therapy with someone struggling with infertility or having suffered a miscarriage?

Not only did these discussions open my eyes to the infinite number of complexities I could encounter as a clinician, but they also made me consider the great responsibility I was taking on in treating others. While it was necessary to learn how to properly assess, diagnose, and treat people, I also had to consider that my personal life could impact my patients.

I graduated with the thought that I would just err on the side of caution and have a very basic office and try my hardest to conceal anything that would divulge anything about my personal life.

However, something happened once I actually got into the therapy room. I realized that when it came down to it, therapy was not so impersonal. I was not just some robot just doling out questions, interventions, and treatment plans. We were two people, and therapy had another component to it that was beyond what was written about in the books. I realized this one day when I thought I royally screwed up.
I honestly tried my best. I did. But then something happened. I wasn’t even thinking. I just did it. I did something that went against all of my training. And it was the best thing I ever did because from that point on, I forever changed the way I approach therapy and how best to help people.

I honestly don’t know why it happened. But there I was, pretty early on in my career. And I was trying to get through an intake with a new patient. But she was crying so hard in her chair she could barely get a word out. She had been to so many therapists over the years and was just so desperate to stop hating her body and fearing food. She wanted it all to stop but had just about given up hope that she would ever get better.

I remember just putting my clipboard and pen down and leaning in toward her and whispering to her “Hey, I’ve been there. I get it. You really don’t even need to say anything. Just know when you’re ready to talk, I’m here. I almost gave up too. But if you stick with it and stay in therapy, you can get better. I did and so can you”.

I remember almost being in shock after I said that. And having a mini panic attack in those moments after I sat up and she still sat there crying, not saying anything. What damage had I just done? I had definitely not done an intake. I wasn’t quite sure what I had done.

And then, it happened. She sat up, wiped her eyes, and gave me this look I will never forget: relief. She half smiled and she did not have to say anything for me to know she was simply relieved to know that she was understood. That someone “got” her without her having to say or explain anything. And, I did. I really, truly understood her pain. Even though we were two totally different people, I really had been there. And I knew she needed to have someone give her a glimpse of hope. Something to help her hold onto that things can get better; that her life won’t always be like this.

All she said was “so, you got better? It’s really possible?” And she was the first of now so many who stuck it out, stayed the course, and got better.

Since that day, I cannot tell you how many more times I have seen that same, exact look from someone after I disclose to them my own personal history with my eating disorder. That experience challenged all I believed to be true about my role as a therapist. I honestly thought that if anyone ever knew my past, they’d accuse me of trying to make therapy “about me”, or that I was healing my own issues through my patients. I’d heard the jokes that “all therapists are crazy themselves” and that’s why they become therapists in the first place. I was not about to let anyone ever accuse me of making any of those things true, so I was even more adamant about never disclosing anything about my past with anyone. So, you can imagine it was even more shocking to me that I did that.

I will be honest, though. After that day, I did take a long, hard look at myself and ask if I truly felt I was in a place in my recovery where I could work with patients who had eating disorders and not get triggered. I wanted to make sure that I could truly be objective and not bring any of my own issues into their therapy. She was, in fact, the first patient I had encountered who had any disordered eating issues since I had recovered.

I also really thought about my own experience when I was a patient. It was scary to be talking to people who I felt did not understand me. I remember thinking to myself “easy for you to say to eat all that food. You have no idea how much that freaks me out, do you?” Or, holding back sharing what I was really doing because I was certain they would think I was “crazy” and they’d judge me.
What I wouldn’t have given back when I was in treatment to have had one therapist along the way who could have looked me in the eye and told me that they had been there themselves. I needed to feel understood. I needed to know that what I was being asked to do was for some reason. That it was going to actually help. Especially during those times when I felt some of the things were just making me fat and not helping at all.

Perhaps I would not have dropped out so many times if I would have had a therapist I could look to who had been there themselves, a constant reminder when therapy got tough and I wanted to quit, that recovery was possible. I believed back then in the common myth that you can never, fully get recover. So I would leave.

The most important turning point

One of the most important turning points in treatment for patients is when they are able to open up and be honest about what they are doing, thinking, and feeling. The secrecy about all of these things is part of what keeps them from getting better. It is much easier for people to do that if they don’t feel like they will be judged or criticized for sharing all of these things. I know for myself, it took me years to finally open up about any of these things because I was so convinced my providers would judge me and think awful thoughts about me. If I had only had someone who I knew had been there too, perhaps I would have opened up faster knowing they would be understanding and not judgemental.

I do believe some of the best clinicians are those that have experienced and gone through some of the very same things that they specialize in or treat. However, I also believe the most responsible thing for any clinician to do is also make sure that they are completely honest with themselves about if they are able to provide therapy without bringing in their own issues or assuming that their patients’ experiences are exactly the same as theirs. When in doubt, consultation is always suggested.

However, I truly believe that self-disclosure, when done appropriately, can be one of the most beneficial and powerful tools any clinician can use with their patients. 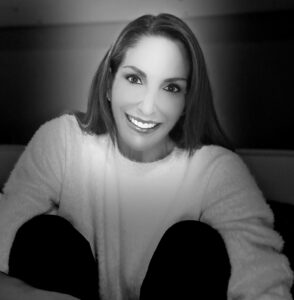 Cristina Castagnini, Ph.D., CEDS, is a licensed psychologist and is recognized as a Certified Eating Disorder Specialist by the International Association of Eating Disorder Professionals (IAEDP). She graduated with honors, earning her bachelor’s degree in psychology from The University of California, Santa Cruz, her Master’s Degree in clinical psychology (with an emphasis in Marriage and Family Therapy) from Pepperdine University and her doctoral degree in counseling psychology at the University of Southern California. Find out more here.

You’re thinking about starting a group practice, and you’re wondering how you are going to do all of the start-up tasks to get the…