I’d been in private practice for the last twenty plus years in St. Louis, Missouri, working in the field of ADHD and adolescent male psychology, as well as some alcohol and drug recovery work.

Due to some changes, we then moved to Albuquerque, New Mexico. There, I was hired to be Clinical Director of Addictions at a large, fast-paced clinic. The problem was the fast pace was too fast and after six months, exhausted, I gave my notice.

I was then hired by a much smaller agency and eventually became clinical supervisor, working with four highly talented young women, all of whom had graduated from local colleges in the last few years.

However, at my hiring interview I was told I’d be averaging around 26 or so clients per week as well as some assessments.

After a year and a few months, I couldn’t help but notice sometimes I had 35 or 38 clients scheduled and was feeling so burnt out. It was also affecting a number of areas of my life.

In addition, I felt like I was being controlled by people who made decisions on a whim, oblivious as to how they affected my quality of life in great ways.

Having been my own boss for over two decades, I thought there was no way I was going to continue going down this path and made the decision to go back into private practice.

Ah, but wait! That would be impossible! This is Albuquerque, New Mexico, a state that pretty much runs on Medicaid. And there was certainly no way to start a private-pay practice, not here…everyone told me.

Quickly, I realized that most practitioners were taught this to be the only reality and I had unconsciously been picking up their fears.

How on earth could this happen?

I was under such stress at the agency, I found I wasn’t sleeping well and at 3:00 am I was devouring everything I read on his website, thinking that it was possible, one way or another, to go back into private pay-private practice, even in New Mexico, despite the naysayers.

Everyone told me I needed to get on as many insurance panels as possible, contact a professional credentialer, give her all my money, and beg the insurance industry for their crumbs as they were the ones who would set my rates, that’s just how it is.

Not a chance! A friend with whom I worked at the first agency had made the leap (albeit she was doing the insurance thing and not being paid much) and she introduced me to her landlord, a practicing psychiatrist.

Deciding to Take The Leap

But no, there was no way around it…despite my bravado, I’d have to go into insurance slavery and was freaked out at how I was going to manage all the claims, the 40-minute phone calls while on hold, the nightmare of claims-filing by myself. My supportive wife was fearful about us going broke before we even started.

She’s an interior designer by profession and came by my new, windowless office to spruce things up a bit. She met my landlord’s wife and said, “How does your husband handle all the insurance?”

“Huh? He doesn’t take insurance. He’s been doing this over ten years.”

My wife and I looked at each other for a second…in that instant, I made the decision that private-pay was the way I was going to go.

The only problems were to figure out where the clients would come from and how much to charge?

I prayed long and hard about those questions… 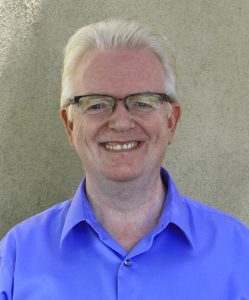 As a progressive clinician in the field of ADHD and Male Psychology, Tom Quinn is a Licensed Professional Clinical Counselor in Albuquerque, New Mexico.

Originally from Scotland, Quinn is former Clinical Director of Addiction Services at Sage Neuroscience Center. Quinn brings a wealth of experience and expertise accumulated from over 30 years as a hands-on, practical counselor. As an Adjunct Professor at St. Louis Community College, Tom taught both lecture and online classes in Alcohol and Drug Studies, Human Growth and Development, General Psychology and Addictions and Compulsive Behavior.

Author of two books on ADHD, “Grandma’s Pet Wildebeest Ate My Homework” and “ADHD Eddie: Intergalactic Ladies Man!” Tom was also the recipient of the Helen B. Madden Memorial Award for Outstanding Effort and Achievement in the field of Alcoholism and Drug Abuse. For more information, visit tomquinncounseling.com.

Are you an entrepreneur in private practice? Do you struggle to stay motivated at times, or feel stuck? Are you looking for some inspiration…