Are you newly divorced? Do you need to start over and move forward? How can you avoid old patterns?

In this podcast episode, Joe Sanok speaks to Karen Solomon about starting over after divorce and things that are key to starting over and moving forward.

Whether you are a seasoned clinician who’s current website needs to be revamped, or a new therapist building a website for the first time, Brighter Vision is here to help.

By first understanding your practice and what makes it unique, Brighter Vision’s team of developers will create you a custom website catered to your specific marketing goals. Better yet, they provide unlimited technical support to make sure it stays updated, and professional search engine optimization to make sure you rank high in online searches – all at no additional cost. 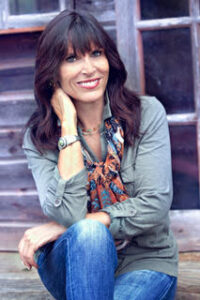 Karen Solomon, author of Sexy, Sassy & Starting Over teaches keys to confidence from the bedroom to the boardroom and inspires her clients to create their lives congruent with their deepest needs and desires. Her communication style is bold, edgy, and inspires both men and women to be their authentic, unadulterated selves. She integrates a foundation as a credentialed teacher with over two decades providing image makeovers and relationship coaching for men and women. Karen’s passion, insight, and genuine desire to serve, combined with being direct, compassionate, and relatable, leave audiences and listeners laughing and loving themselves.

Download some freebies here or schedule a free call with Karen.

How Karen got into her work

It always made sense to Karen for her to teach people what she’s learned. She started with her personal development work in her early 20s and started learning all sorts of things that she didn’t know about through various cool courses. In her early 30s, through helping a friend with his personal style, Karen started to transform people with their clothing by becoming a stylist. It wasn’t about the clothes or the designers, Karen realized that it was really about people transforming.

As a swimming teacher at one stage, teaching a child to go from scared to swimming like a fish was one of the most tangible things Karen ever taught, and image consulting, teaching someone how to look and feel their best was just as tangible. However, when you get to the less tangible, how do we help people transform their being? It’s an inside out job. Karen’s personal development work morphed in the early 90s. She was 35 and single, and didn’t want to be single anymore, so she accompanied her friend to an intimacy event called “Tantra”. This event made her realize what might be possible for her with intimacy, the kind of intimacy that she didn’t know was possible. Karen started studying intimacy, sexuality, connection, and the differences between men and women. She didn’t have a lot of money but was so adamant about learning that she became the sales and marketing person for different Tantra teachers in order to take their courses for free. Through this world, Karen met her now best friend and former husband.

The hardest thing in life is starting over, and this is what kids out of college have to do, they have to start over. Karen had a beautiful home where she could throw retreats and do her women’s work and non-profit events. A daughter’s friend approached her and asked if she could come over sometime, as she was really easy to talk to about relationship stuff. Karen said sure and told her to bring her friends. A few weeks later, Karen put on her teacher hat and had a group of nine 20-somethings over for a weekend of learning. She had thought of the things she wanted to teach them which boiled down to a trademark workshop that she now offers called “Men, Sex & Money”, which will also be the name of the podcast that she will start toward the end of the year.

It’s important to not have the thought pattern be turned in on oneself or to blame the other person entirely. We need to ask ourselves how we created the mess or why we didn’t leave.

The idea is that we go through different phases of either philosophical or kind of human development. And the tendency when you’re in Tier One is to kind of look back at your previous way of thinking and saying, ‘Oh, I was so stupid for thinking that way’. And then you kind of level up to the next one, “I can’t believe I used to think that way”. But then Tier Two is all about what they say is Transcend and Include, and so, the idea that you’re moving forward, you’re evolving, you’re growing, but you’re still keeping the best of the things before you.

If we keep doing what we’ve done then we’ll keep getting what we’ve gotten. How can we find the balance between not blaming ourselves but also not making the same choices in the future that weren’t healthy in the first relationship? Coaching, consulting, and therapy takes time.

Karen believes that when we are truly in communication with another being, including ourselves, anything is possible. She teaches something called Artful Communication:

This works magically from the bedroom to the boardroom and is really the simplest thing.

Things that are key to starting over and moving forward

[JOE]:
This is the Practice of the Practice podcast, with Joe Sanok, session number 462. When you’re in private practice, it can be tough to find the time to review your marketing efforts and make improvements where needed. Whether you are a seasoned clinician whose current website needs to be revamped, or a new therapist building a website for the first time, Brighter Vision is here to help by first understanding your practice and what makes it unique. Brighter Vision’s team of developers will create you a custom website catered to your specific marketing goals. Better yet, they provide unlimited technical support to make sure it stays updated and professional, search engine optimization to make sure you rank high in online searches, all at no additional cost. To get started for $100 off, head over to brightervision.com forward/Joe. Again, that’s brightervision.com/Joe.

I hope that you are doing awesome. Hey, we have a really awesome free… How many times can you use awesome in a sentence? Awesome, awesome, awesome. We have a great webinar coming up. It’s all about insurance and billing and the software that you need to know. It’s gonna be on June 23, at 1 o’clock Eastern, 12 o’clock Central, 11 Mountain and 10 Pacific. We’re gonna be having Jeremy Zugg come in from Practice Solutions to talk all about insurance and billing. Again, it’s June 23, you can register over at practiceofthepractice.com/100k webinar. That’s the number 100 k webinar. We’re gonna have other webinars and master classes listed in there too. But you’re going to want to make sure that you join that we’re gonna have lots of time for Q&A and all sorts of other things. So again, that’s on June 23, right around the corner for you, and make sure you join us there.

Well, today we’re talking with Karen Solomon starting over after divorce. I met Karen out at New Media Summit, an event that was in San Diego in fall of 2019. So, without any further ado, here’s Karen Solomon.

Do you sometimes question your abilities? Why do we compare ourselves when we have so many gifts of our own? How can we move…