Does your work as a group practice owner make you a better version of yourself? Have you considered how moving from solo to group will change you for the better? Is there a group practice community that you can join to make the transition easier?

In this podcast episode, Whitney Owens speaks with Stephanie Korpal about who she started and grew her group practice.

To get 2 free months of TherapyNotes,  no strings attached including their very reliable telehealth platform click on www.therapynotes.com and enter the promo code: Joe 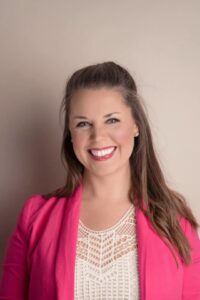 She has been in private practice since August 2018 and expanded to a group practice in September 2020. Her practice is located in St. Louis, MO.

I think it’s really important to think about yourself as a person and to consider all of the pillars of self and if being a group practice owner can help you thrive as a person and in other ways in your life, it is absolutely worth considering. (Stephanie Korpal)

A practice owner’s experience going from solo to group

For Stephanie, her financial income underwent a big change.

I do feel more fulfilled. I feel that that fulfilment comes because I get to show up in other areas where I have strengths. (Stephanie Korpal)

You undergo change yourself alongside your practice as it grows. While your practice expands, your education and capacity expand too, as you learn more skills and increase your knowledge and work endurance.

Going from a solo to a group practice will push you to become a fuller, wiser, tougher version of yourself who makes more money and is in control of their hours.

I’ll never forget the moment that my Psychology Today profile went live and I publicly announced my practice to friends and family. The fact…