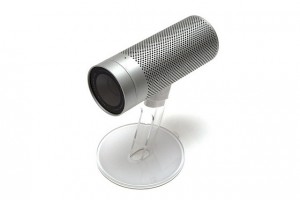 I first met Rebecca A. Eldredge, PhD a little less than a year ago. She was moving to Traverse City, MI and she contacted me. I always love meeting with new clinicians. It’s great to welcome them to our beautiful area and find ways to connect. I never know how our skills and interests will overlap. Some people see new clinicians as competition, for me I just like getting to know new people in the field. More times than not, we both end up strengthening one another.

As I have said in past guest-blogger posts, I invite people to write for Practice of the Practice when I believe that they have skills, experience, or expertise that are beyond my areas of knowledge. Rebecca A. Eldredge, PhD is one such example. Her background in teletherapy is something I have yet to dive into.

She told me that once she started writing, she just kept going. That’s why I’ve divided her posts into three separate blog posts. Since this is such a new topic, devoting time and writing to it is important. Also, keep in mind that Rebecca A. Eldredge, PhD is not a lawyer, accountant and is offering her point of view. Make sure you check with your own state regarding teletherapy and what is allowed. With that said, take it away, Rebecca!

By: Rebecca A. Eldredge, PhD

Let me be very clear here – Technology is not my forte.  In fact, I still have a suspicion (although lessening over time) that technology does have personal feelings against me and chooses not to work when I come along.  That said, the basics for teletherapy are so simple, for the most part, that even I have been able to navigate them!

When I first considered teletherapy and specifically, video sessions, I used Skype.  This was several years ago and I read and consulted with a couple trusted colleagues and it seemed to be commonly used without any adamant or conclusive professional stands against it.  Clients tended to be familiar with it and it worked reliably, for the most part.  However, more recently, the question of HIPAA-compliance has been more fully addressed and organizations, beginning with the professional organization for social workers, have taken a stand that Skype is not HIPAA-compliant and, therefore, not appropriate.  Like most things, there may be some exceptions.

In any case, as I was going to be doing teletherapy more regularly, despite Skype’s continued common usage in the field and continued debate over its HIPAA-compliance and appropriateness, I chose to explore other options and web-platforms that involved less guessing and uncertainty.  Through the process, I identified one that seemed to meet my needs (and more) at a reasonable price.  Some platforms appeared complicated, some would not work with different types of computers (such as a Mac), and some had a limit on number of video sessions permitted per month or charged excessive fees.  There are some platforms available that may work well, but appear more designed for web conferences rather than the intimacy of one-to-one counseling.  In the end, I found an option that claimed HIPAA-compliance outright (no guessing!) and was willing to sign a Business Associate Agreement (part of HIPAA) which assured me of their commitment to the highest levels of security and privacy for my clients, as well as offering additional features (client journaling, online scheduling, and electronic records, for example).  I suspect no system is perfect, but finding one with which you as a therapist are comfortable seems to me (a technology deficient individual) to be of utmost importance.

I decided what was important to me, and evaluated these factors as I researched available options:

I am not expert on technology, I am even less so claiming expertise on the laws and legal system.  Please keep in mind that I am merely sharing with you what I have read and/or been told from those more educated in the law.

One thing everyone seems to agree on:

Each state regulates its own profession, and, as such, each state wants to regulate who is or is not qualified to provide services through their own process of licensure.

Well, that’s the simple part, but from there it gets much more complicated.  Each state has different requirements for practice.  Some states allow a temporary license and/or limited number of hours or days per year you are permitted to practice inside state lines without a license.  However, this information is not always forthcoming or easy to identify.  At one point, I had completed all the paperwork and read all the materials to determine whether I needed a license in a particular state before emailing and receiving a response that I was permitted to practice up to 20 days/year without applying for a license.  That was welcome news, as I was only transitioning one client who had moved and did not intend to provide additional services there.

Not all states are so accommodating, however.  Most professionals work around this by only seeing clients (even via teletherapy) in the state(s) in which they are licensed.  It makes sense.  Not always practical, but ideal.  Again, if someone moves suddenly, what is a therapist to do?  Desist providing services immediately and potentially abandon a client during a time of need?  Break the law knowingly?  Maintain ignorance?   Apply for (and pay for) a license in the state to which that client is moving simply to help them transition (via a process of licensure that will rarely, if ever, happen as quickly as you may need to talk to/meet with the client again)?  It’s sticky and tedious.

Out of concern about one such situation, I consulted with a lawyer.  I had a long-term client with whom I had established a strong therapeutic alliance who had been working on and making many changes and improvements in her life while she was located locally.  However, her work required her to travel nearly every week and, during the course of therapy, to move several times both in-state and out-of-state.  How was I to be licensed in every state she was located for a session, particularly when it changed frequently and unexpectedly?  Yet, by the letter of the law, some states could argue that if the client was in their state when the service occurred, that was the location in which I would be required to be licensed.  Highly impractical, of course, but I was concerned nonetheless.  I wanted to help the client and in every one of our evaluations of how things were going, this system of teletherapy seemed to be working well and allowing her services she likely could not have otherwise obtained.

The lawyer’s response was actually, happily, fairly dismissive. He explained that the power states actually have, or are likely to exercise, to prosecute someone across state lines, in reality, seems to be minimal.  The cost of extraditing, for example, may outweigh even the state’s benefit.  The only example, at least at that time, was a psychiatrist who had prescribed medications, to an adolescent, across state lines, without ever having met with or talked to the person directly!  Clearly, this resulted in not only illegal services across state lines but also highly questionable, unethical professional behavior.  Unfortunately, this wasn’t the only outcome, as the adolescent tragically committed suicide.  In this case, the psychiatrist was extradited and prosecuted.  I think we can likely all understand the context for this decision.  This person was breaking the law AND they were practicing unethically and harm was an identifiable consequence.

Similarly, the lawyer pointed out that states are also more likely to object and pursue legal action if a person is actually seeking clients across state lines (e.g. through marketing, advertising, etc.)  However, if someone seeks out an expert across state lines, it may be considered differently, as it is in many medical examples of a patient pursuing treatment from a person with recognized expertise in another state.  In any case, it’s helpful to note that these are certainly not the more common examples of someone practicing teletherapy across state lines for one client or a limited period of time, despite the fact that this may still be against the state laws. This is certainly not meant as an encouragement to break the law.  However, there may be times in which we weigh our ethical responsibilities as well as the laws involved to make the best decisions for ourselves and our clients.

To that point, there continues to be much discussion and debate around how to fix a continuously disjointed system of individual state licenses in an increasingly interconnected world with more people, even internationally, seeking services elsewhere, traveling for work, and/or frequently relocating.  Ideally, with time and advocacy from professionals, the system itself will transition to a more transferable license.

There is a lot to consider regarding legalities.  However, I get concerned when I hear people dismissing teletherapy altogether out of the rare examples that may or may not even occur.  If you’re located in one state continuously, chances are you will have your clients almost entirely within that state, or can decline clients from other states.  If you are between two states, as I have been, you can (relatively) reasonably maintain licenses in two states.

In short, at this time, most insurance plans will not reimburse for teletherapy.  However, in the example I gave previously of the person who was consistently traveling and moving for work, I was able to write a letter she then submitted explaining the situation and the basis for teletherapy.  They reversed their decision and are again reimbursing her the portions they would for individual therapy.  As I mentioned earlier, I believe that some insurances, particularly Medicare, also recognize the research showing effectiveness and reimburse accordingly.

Perhaps Medicare is setting a trend due to their connection with the government and recognition of populations that are not able to access or travel to face-to-face sessions (e.g. military, elderly, home-bound, etc.).  Hopefully others will follow suit.  In the meantime, however, it is helpful to inform people considering teletherapy of the potential that their insurance may evaluate reimbursement differently so that they can make an informed decision and/or seek out the information they need from their insurance in advance.  This, then, is one potential “con” to be weighed out with individuals in assessing whether teletherapy is the most preferred option.

Teletherapy is certainly not appropriate for every person or every mental health issue.  Neither, however, is group therapy, individual therapy, or couples therapy.  From my experience, teletherapy is simply another treatment modality to consider and assess based upon your own preferences and style as a professional, the setting in which you work, and the needs and preferences of your clients.  With thoughtful consideration, it does not have to be the preferred form of treatment.  Nor, however, does it need to be avoided altogether out of fear or anxiety about the unknown.

Rebecca Eldredge, PhD is a licensed psychologist currently residing and practicing in Traverse City, Michigan.  She graduated with her doctorate in counseling psychology from Southern Illinois University at Carbondale, completed her predoctoral internship at University of Oregon’s counseling center, and finished her post-doctoral fellowship at University of Houston’s counseling center prior to beginning her independent practice in Houston, Texas.  Her professional passions include offering individual and couples therapy to adults, working with and facilitating trainings for cultural competency and diversity, and providing clinical supervision.  Based on these interests, Rebecca has also enjoyed working with refugee support programs, teaching applied clinical courses, and engaging in local volunteer and advocacy opportunities.  Rebecca’s personal passions include the outdoors, travel, and connections with family and friends.

By the end of this article, you will know what is affiliate marketing, why you should use it, and exactly how to use it….