In part 2 of this 2 part podcast, Alison Pidgeon speaks with Kami and Porter Macey about the benefits and challenges of buying an existing group practice. 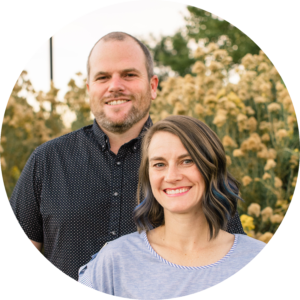 Kami and Porter Macey are the owners of Amber Creek Counseling & Psychiatry in Sandy, UT. They purchased the business a little over a year ago. They have been married for almost 15 years and have 3 children.

There are different challenges that new practice owners face when they purchase an existing practice instead of building one from the ground up. There are new admin challenges, such as moving all the information from the previous owner’s name to your name; the wifi, the office space, the rental, the email addresses, and so forth.

As much as there is the general admin of managing a practice, there is this admin-intensive transitional period that lasts some time until everything is set out the way the new owners would prefer it to be.

Process of purchasing the practice

They worked with the name Amber Creek to update and change their branding, giving their practice a new vision and giving it a new breath of life under new leadership.

Hi, and welcome to the Grow a Group Practice podcast. I’m Alison Pidgeon, your host. I’m excited that you are joining me today. I have the second half of an interview that I did with Porter and Kami Macey, they are a husband and wife who purchased a practice called Amber Creek Counseling in Sandy, Utah. And Porter is a clinician and Kami helps to run the business. So they talk a lot about what the process was like, of buying the business and taking over something that was already existing, changes they made, things that they did to make it their own. If you’re interested in hearing more, we actually did two parts to this episode. So today is the second part. And so if you’re interested in hearing the first part of the interview, just go back to the previous episode and start there, listening to the interview. And so without further ado, I give you Porter and Kami Macey.

[ALISON]:
I think it was really cool that Porter and Kami were willing to come on the podcast and talk about the process of buying a practice and, you know, giving some tips related to that if other people are in the same situation. I really hope to continue to keep in touch with them and hear how their practice grows over the years. They’re a really cool couple and I really enjoyed working with them.

We are actually going to be launching another cohort of Group Practice Boss at the end of December. So if you haven’t heard of Group Practice Boss, it’s a membership community that Whitney Owens and I run, where we work with established group practice owners, helping them with the, you know, unique challenges that come with owning a group practice and scaling it up and all of those kinds of things. Every month we have a different theme. And we opened the membership community at the beginning of October and we’re really pleasantly surprised at the number of people who joined. It’s a great group. It’s cool to see everybody supporting each other in the Facebook group. And then we have a Teachable platform where we have tons of different resources specifically for group practice owners. So if that’s something you’re interested in, get your name on the email list so you can get a notification when the doors open again, that link is www.practiceofthepractice.com/grouppracticeboss, and I will see all of you next time.

As a Psychologist in Private Practice, I am no stranger to social media. It is almost a given that at a minimum, anyone in…