Have you done the enneagram test? Are you part of type 8, 9, or 1 group? What are some insights that can help you manage staff with these numbers, or if you are part of these groups yourself?

To get 2 free months of TherapyNotes, no strings attached including their very reliable telehealth platform click on www.therapynotes.com and enter the promo code: Joe 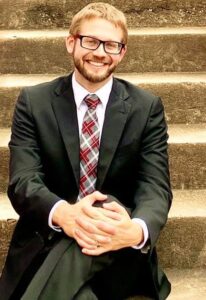 Listen to her podcast and connect on Instagram. Apply to work with Whitney and consult with Whitney

The enneagram consists of 9 basic types or dominant personalities, and within those 9 there are three triads:

Types 8, 9, and 1 are part of the gut triad. They live out of their gut, their internal bodily feelings. They are characterized by how they do, or do not, deal with anger.

The second triad consists of types 2, 3, and 4. These types are characterized by how they do, or do not, deal with their feelings. Each of these types is seeking love.

This consists of types 5, 6, and 7. These types live more in their heads and in their thoughts and they are characterized by how they do, or do not, deal with fear.

People part of the enneagram types 8, 9, and 1 feel their emotions within their gut and live out their emotions through their body. When they have strong emotional reactions, they will feel it somewhere in their body.

These types are perceived as having a certain kind of strength and it may come from this bodily gut energy. They have physical reactions to what is going on in their lives.

In the enneagram alongside the triads, there are also stances and they help to explain how each type works. They are assertive, aggressive, compliant, and withdrawn.

Do you find the journey of self-accountability difficult to transverse? How can you engage yourself and other people in a fruitful yet difficult discussion…