How do you turn your side-gig into your full-time gig? What are some of the basics of understanding SEO? And how do you launch big ideas such as an e-course?

In this podcast episode, Joe Sanok speaks with Tommy Griffith from ClickMinded about all things SEO and how you can scale your practice online whilst giving your clients the most value. 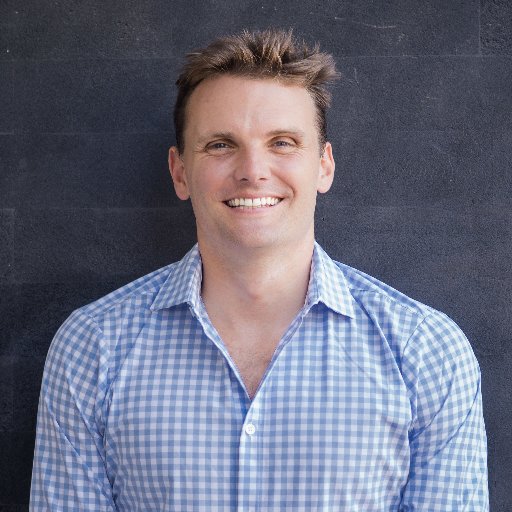 Tommy is the founder of ClickMinded and has been in the SEO game for a long time, with over 10 years of experience. From previously working at PayPal for two years as the SEO manager to then working at AirBnb for four years, he now successfully runs what used to be his side-gig.

ClickMinded is a digital marketing training course for marketers and entrepreneurs to learn SEO.

In this podcast episode, Joe Sanok speaks to Tommy Griffith about how he took the leap to go full-time with ClickMinded, understanding the basics of SEO, giving your customers the most value and how to launch big ideas.

It wasn’t the easiest decision for Tommy. In fact, life was pretty great working at AirBnB, and it had won multiple awards for being the best place to work in the country. But while Tommy was working there he started a side project teaching entrepreneurs SEO on the weekends in San Fransico.

This was around the time that the online course revolution was beginning. It only seemed natural to turn this physical class into an online course.

A few years into the business, the side project ended up generating more revenue than my salary.

With his side-gig making a stable income, an inspiration to succeed as an entrepreneur and after some careful consideration, he decided to leave AirBnb and go full time. Tommy says it was a tough decision, but he always had an itch to make the jump from an employee to a business owner.

What are some basic tips to understanding SEO?

One of the most useful things you can do before you even begin your business is to use third-party tools to do your keyword research and figure out what and how your audience is searching for things.

This way you’re looking at the demand and understanding what are people looking for. Then you strategically create content around that and solve their problems. You can use this checklist to help you.

You want to overinvest in keyword research in the beginning because it can set your entire digital marketing strategy later.

Doing so also helps you understand if what you are wanting to create is even in demand and needed.

You have to have a very honest conversation with yourself, if no one is googling for what you are creating, are you really answering your customers needs?

It’s all in the data. It will tell you if you’re actually going to solve people’s problems. Remember, small search volumes aren’t necessarily a bad thing.

Sometimes, if you own a bunch of those tiny keywords as a clinician, it can help you then get tons of clients.

Creating an e-course or a content offer is a great way to share knowledge with your audience, as well as scale your business. Think about your sales funnel, and have a primary offer and a secondary offer for customers who aren’t fully ready to convert yet.

When setting up a sales funnel and looking at your traffic, you need to treat it like a regular human relationship. Give your audience tons of free value in exchange for their contact details.

Lay out many different offerings for your user, do the necessary keyword research and have a solution that solves their problem for each step of the way. Let the data drive you into answering your customers’ needs.

So there you have it, go take action and work on building things that will make an impact in your practice.

In this episode, Joe Sanok speaks about how to get more clients in private practice. Podcast Sponsor Confused by all the advice on starting a…