Talking to girls about sex today has changed a lot, since I was a teenager! As a counselor and mom of three daughters, I wanted to know exactly how the conversation has changed. I first heard about Peggy Orenstein when I heard her do an interview about her book Girls&Sex on NPR. Orenstein spoke with more than 70 young women between the ages of 15 and 20 about their attitudes, opinions, and feelings regarding sex. Her research has enlightened me regarding this generation of girls and how they are learning about sex, talking about it, and having it. Times have certainly changed.

As a counselor, I want to stay abreast of all these changes, so I can talk with my clients in a meaningful way. As a mother, sometimes I want to put my hands over my ears and sing La-La-La, “I don’t want to talk about this!” But, that attitude is clearly not helping our girls. Our girls need direction and to be engaged on this topic by their mothers and fathers. Orenstein maintains there is a large generation gap between parents and daughters when it comes to sex. She cites a 2012 survey of over 4,000 teenagers; most expressed they wished they had more information about sex from mom and dad before their first sexual experience. In particular, they wanted to know more about the emotional side of sex. Below are five things Orentstein taught me about what young girls are learning about sex.

1. Our girls are sent LOTS of mixed messages about their sexuality

Orenstein points out several different pop culture icons that our girls look up to like Barbie, Nicki Minaj, Beyonce, Kim Kardashian, and Miley Cirus. She artfully goes through many contradictory messages our girls are receiving from these women with lyrics like “all about that bass”, “Do what you want, what you want with my body”, and Miley Cyrus’s twerk that was “seen around the world”. When I think about what our culture is saying to our girls about their sexuality, I do not like it. It is confusing and degrading. These messengers are getting more airtime than parents are now that tweens and teens have screens in front of them.

Alcohol is a large part of the hook-up culture. In fact, Ornstein argues that “Hook-ups aren’t just lubricated by drinking; they are dependent on it.” Hook-ups rarely occur when one is sober because girls often said that would be awkward. Getting drunk also gave them something to blame for their behavior, because it seems that our girls are afraid of the vulnerability they will feel if they were to fully engage in sex and be present physically, emotionally, and spiritually.

4. Our girls think that oral sex is not really sex

Orenstein argues that, for girls, giving oral sex was a way to gain popularity and can be a powerful currency with boys. Having sexual intercourse often gave girls a “bad” reputation by being thought of as a slut. The author asked a girl if the idea is to remain somewhat detached and not “catch feelings” for a boy – what about a hand job? The girl replied, “No. A guy can do that himself. ‘A hand job is a man job. A blowjob is yo’ job.’ Guys will actually say that. ‘Just give me a blow job if you are going to do anything’”.

One of the most poignant examples in the book was when Orenstein asked a girl, “Let’s say guys expected you to keep getting them cups of water from the kitchen whenever you were alone. Would you be so willing? And would you mind that they never offered to bring you one in return?” The girl laughed and said, “Well when you put it that way.” It seems that our girls are not interested in feeling vulnerable or asking for what they need and like to keep their distance sexually.

5. Our girls are learning about the dangers of sex but not the pleasure

Ornstein proposes a few things to parents. One is to move to the Netherlands because studies show their teenagers have a much healthier view about sex than American teens do. Although, the Dutch are also OK with co-ed sleepovers at their house with their teenagers, which I do not think American parents do. But, the Dutch have some things going for them. The author argues that kids in the Netherlands grow up being taught by doctors, educators, and parents who talk candidly about the pleasures of sex and the importance of being in a loving relationship. Dutch parents talk to their daughters from “an early age about both the joys and responsibilities of intimacy”. Americans, on the other hand, are focused on the dangers of sex, and fathers often are not entering the conversation at all except for a “lame joke”.

What if we told them the truth?

I thought the last chapter called “What if we told them the truth?” is the best chapter for parents who want to begin talking candidly with their daughters. Ornstein follows Charis Denison around to different, mostly private, high schools to talk about sex. Denison doesn’t call herself a sex educator, but a “youth advocate”. She provides kids candid information about sex in a non-judgmental way. This atmosphere allows kids to ask questions and get accurate information. I must admit, as a mother, some of the information she gave made me squirm. But as a counselor, I realize this kind of conversation is necessary.

Ornstein goes through several conversations that Denison has with the teenagers who explains to Ornstein that her “whole job is to help you [teenagers] make as many decisions as possible that end in joy and honor rather than in regret, guilt, or shame.” She talks to them openly about a clitoris and wants them to know how to put on a condom “drunk, dizzy, or in the dark.” But she also talks to them about decision-making, and how to make decisions that bring joy and not regret, in terms of sex. In order to get there, though, Dension has to build credibility by answering explicit questions in a non-judgmental way. This is the approach I am suggesting we try with our daughters. Having open communication with our daughters, empowering them to ask for what they need. Assisting them in becoming decision-makers that bring joy and not regret is a good place to start.

Are you confused on how to start this conversation with your daughters? Email Sara at sara@sparrowcounsel.com to set up an appointment for tips on how to engage your daughter about sex. 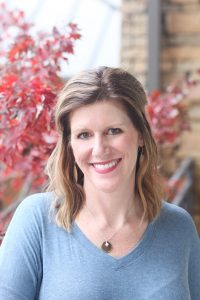 Sara Dungan, Med, ALC, NCC, Certified Parenting Coordinator, Divorce and Family Mediator (Domestic Violence Trained) has her private practice called Sparrow Counseling in Birmingham, AL.  She specializes in Parenting Coordination, Co-Parenting Counseling and Divorce and Family Mediation.  Her passion is helping parents learn how to become successful coparents, so their children can thrive after their divorce.  Contact Sara at sara@sparrowcounsel.com.